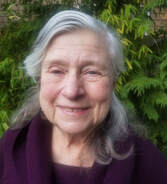 Bergith Kayyali has been a part of WOW since it's beginning in 1993 as a volunteer, then in 1994 she became a conference committee member, and later a Council member until 2017. She was a leader at WOW, providing her wisdom for our programs, in addition to offering her home for our meetings, and also co-led drumming and elder circles.

Bergith was a social worker for the state of Washington, and worked closely with the Snoqualmie tribe, as well as being welcomed to their canoe journeys.  She was a social activist for many causes and involved with many organizations.

She is greatly appreciated for sharing her gifts with us, and we will miss her!
REMEMBERING  WOW WOMEN IN 2019 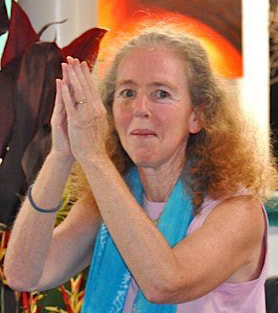 Singer, songwriter Shawna Carol died peacefully in her sleep midday on Monday Oct. 14th at her home in Hawaii.  Shawna struggled with Parkinson’s disease for the past two decades, tended by her loving husband Tom, and now she is free. After she was lovingly washed and anointed by those closest to her and a 24 hour vigil ensued, during which many of her community came to pay their respects, Shawna’s body was cremated.

Those who knew and worked with Shawna know what a talented, loving, and mystical woman she was. A dedicated Priestess of the Goddess, Shawna has gifted us with a legacy of gorgeous devotional chants and music, including Goddess Chant, a ritual theatre piece that has been performed twice at Women of Wisdom, Hawaii, and in Glastonbury, England.
A prolific songwriter with a honeyed voice, she also recorded some kick-ass rock and roll and pop music.
At the time of her death, she was mid-project in having more of her unpublished songs recorded for a CD called Last Writes. If you wish to honor Shawna’s memory, you can do so by donating to this project here: Last Writes CD

We love and thank you, Shawna, for the your gifts of love and music. We will honor you on Ancestor altars and hold you in our grieving hearts.

Remembering these WOW women in 2018 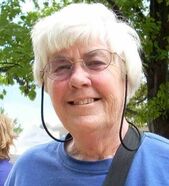 Julie Fretzin
One of our dear sister's, Julie Fretzin, died on November 6, 2018 after a long struggle with cancer.  She died quietly and peacefully at home.  Julie spent many years supporting WOW and continued to love WOW to her final days.  She did much for WOW including filming, interviewing and editing. We will miss her calm presence in our conference meetings.

A graduate of the Cooper Union for the Advancement of Science and Art and Brooklyn College, Julie Fretzin began her writing career with Scholastic Magazines in New York. After moving to Los Angeles she published and edited Commercials Monthly, a trade magazine for the television commercial industry. In San Francisco, she was on staff as marketing director and wrote articles for Creation Spirituality magazine. While living in Lake County, California, she was active in the local arts and theater community and served on the Lake County Cultural Commission. She provided communications services for non-profit agencies, small businesses and individuals in the Puget Sound area and produces videos on topics related to personal and spiritual growth, community development, peace-building and the arts. 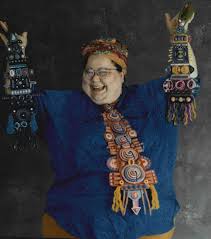 Peggy Platt  1959 - 2018
WOW performer!
Peggy Platt began entertaining local audiences as a teenager touring with One Reel Vaudeville, and over her 40+ year career, she graced numerous local stages, including ACT, Empty Space, SCT, TAG, and TheatreSports. As a stand-up comic, she opened for Cyndi Lauper, Jay Leno, Jerry Seinfeld, Kathy Griffin and the Puppetry of Penis, dominating the local comedy scene throughout the '80s. She was selected as Seattle Weekly's Best Comic nine times and in 1985, she became the first and only woman to win the Seattle International Comedy Competition. Often called a great collaborator, Peggy also wrote and performed numerous solo and personal performance pieces including "Fat-Girl Follies" at On The Boards, as a regular contributor to Sandbox Radio, and a personal memoir piece for the Solo Performances Festival at Theatre-Off-Jackson. It was in these more emotionally raw pieces where Peggy's vulnerability and depth of character really showed through. Aside from her performing career, Peggy was an outspoken supporter of LGBTQ rights, Women's Rights, and other civil liberties causes, lending her talents to emceeing for numerous benefits and fundraisers. 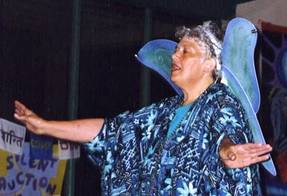 Annie Merager
9-20-37 – 3-17-18
Annie Merager was a lively and unique person who loved children, animals and fairies.  She was a participant at WOW for many years.

Annie grew up in West Seattle where she learned to dance at a young age. She became a Majorette in Junior High School and opened Glamor Studio where she taught ballet, tap, acrobatics, baton, and performed with the Glamorettes in shows and numerous parades including Seafair.

She developed a fascination with the spiritual realm and spent years experiencing psychics, healers, drumming circles, animal communicators, etc.. She spent many years learning more about animals and animal communication. With a continued love of performing, she was always on the move, whether joking with people, singing in choir, juggling as a clown or performing skits and singing at the Fairy Congress and WOW.

Annie passed away on St Patrick’s Day 2018. We imagine she is dancing with the fairies and enjoying the spiritual world. Don’t be surprised if she taps you on the shoulder.

Remembering the beautiful singers who have left us this year.
Donations in her name can be made to the Kaplan Cancer Research Fund: http://www.swedishfoundation.org/kaplan.
Nicole Sangsuree Barrett
June 29, 1980 ~ July 17, 2014
​
It is with a heavy heart that we announce the passing of Nicole Sangsuree Barrett. She was hit by a car when she attempted to cross the Chiang Mai superhighway in Thailand on foot. It was determined that Nicole died instantly from the collision. She had friends with her who witnessed the accident and were grieving heavily by the time the emergency services arrived. After rescue teams helped calm Nicole’s friends, the women asked everyone to sing the Thai song “Deuan Pen” as it was her favorite song. Nicole will be missed at Women of Wisdom. She was a dynamic performer and an amazing activist and woman. Here is a video she finished just before her death. She performed this on our stage for the 2014 Women of Wisdom conference to the delight of many. It is an amazing tribute of her talent, beauty, and passion. We will miss you Nicole but know that your light continues to shine and your journey continues.
Earth My Body from Nicole Sangsuree Barrett on Vimeo.